Difference Between extend and mixins in SASS 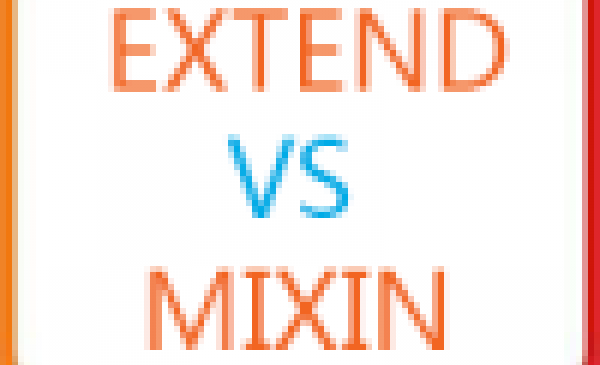 The main difference between using @extend and @mixin is in the output CSS. Like, if you want to create 5 box and only the color of the background would be changed. And you use mixins. 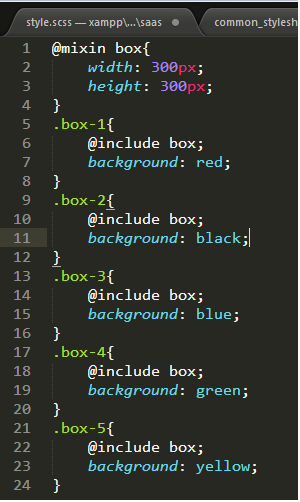 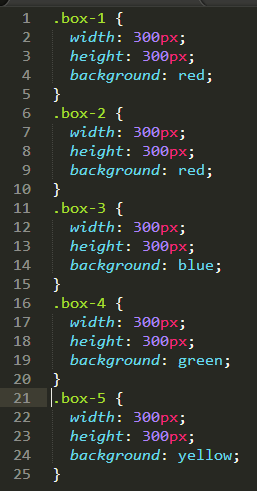 In the case of extend generic ?placeholder selector? for box and set for each one only different background color 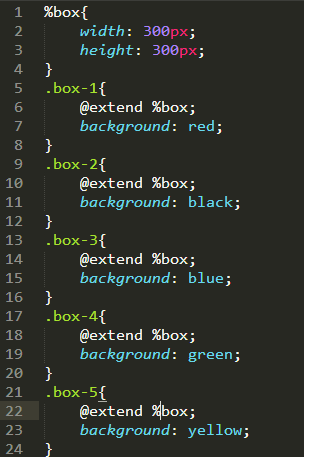 than the generated CSS will have shorter code. 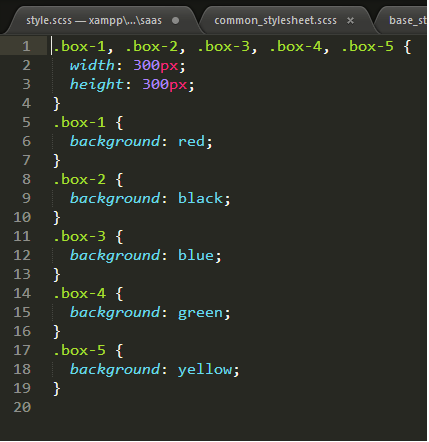 One limitation with @extend that applies to placeholder selectors as well is that it doesn't work between rules in different @media blocks. 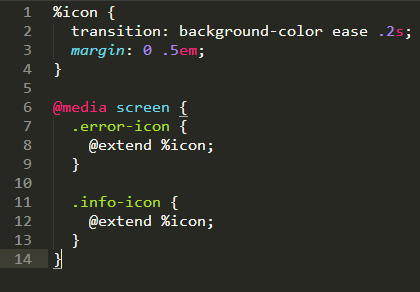 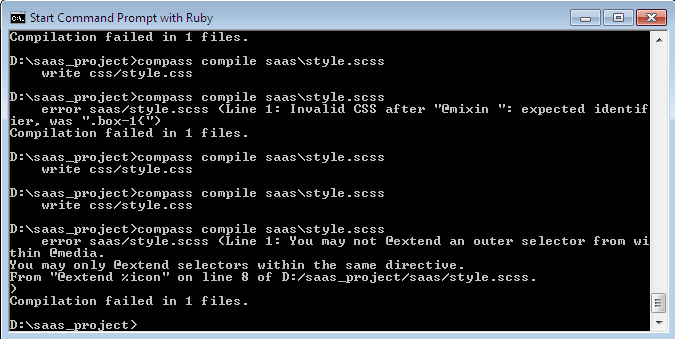 It does work but we have to use other way. Any @media queries surrounding the placeholder selector will be applied to the selectors extending it providing they are not in an @media block: 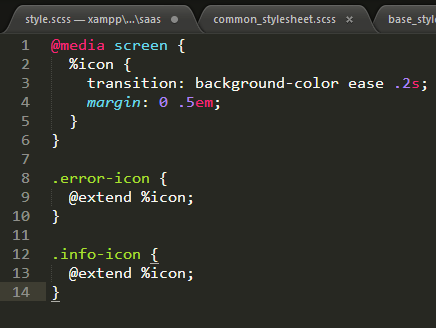 In situation when you want to load your site as fast as possible @extend approach is good idea. But always this things depends on the situation. It has some limitation too.